At 2,578 square miles in total area, Palm Beach County is one of the largest counties in the eastern United States and the largest among Florida's 67 counties. The population is estimated at almost 1.45 million.  Population increased approximately 3.1% annually from 1990 through 2000, compared to double and triple that rate in the 1980s. The area's population is projected to reach over 1.56 million by 2025. 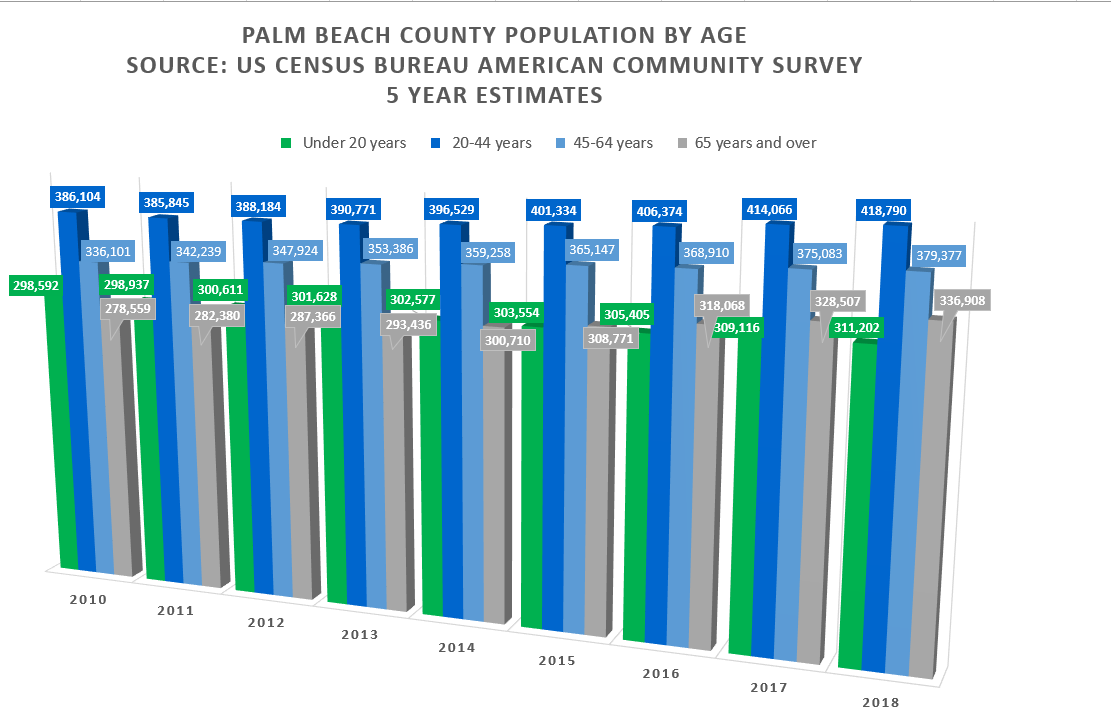 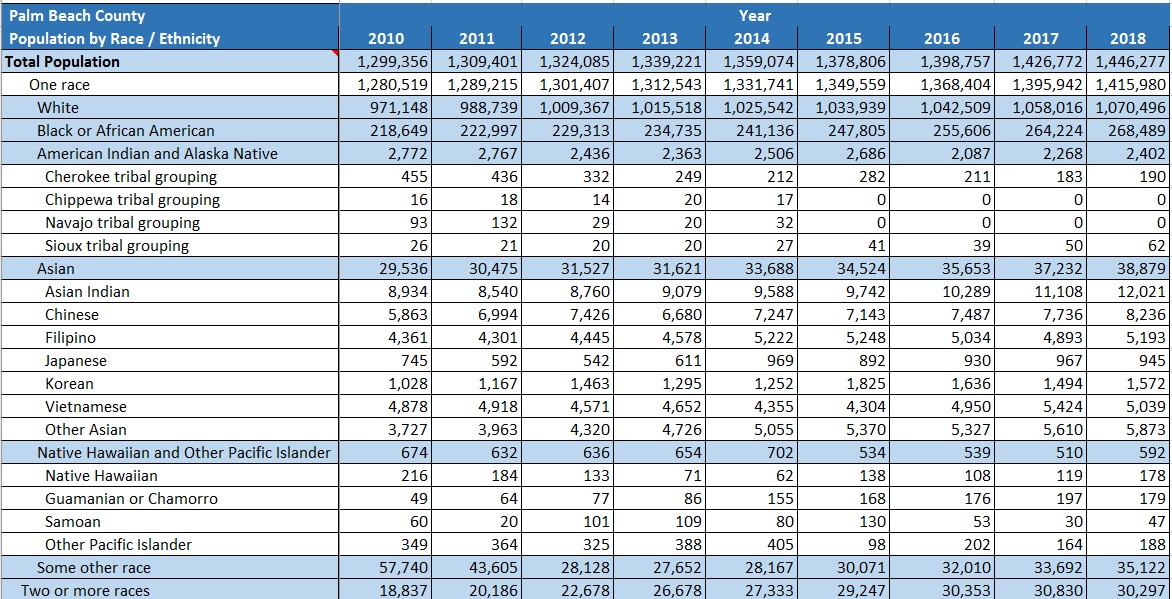