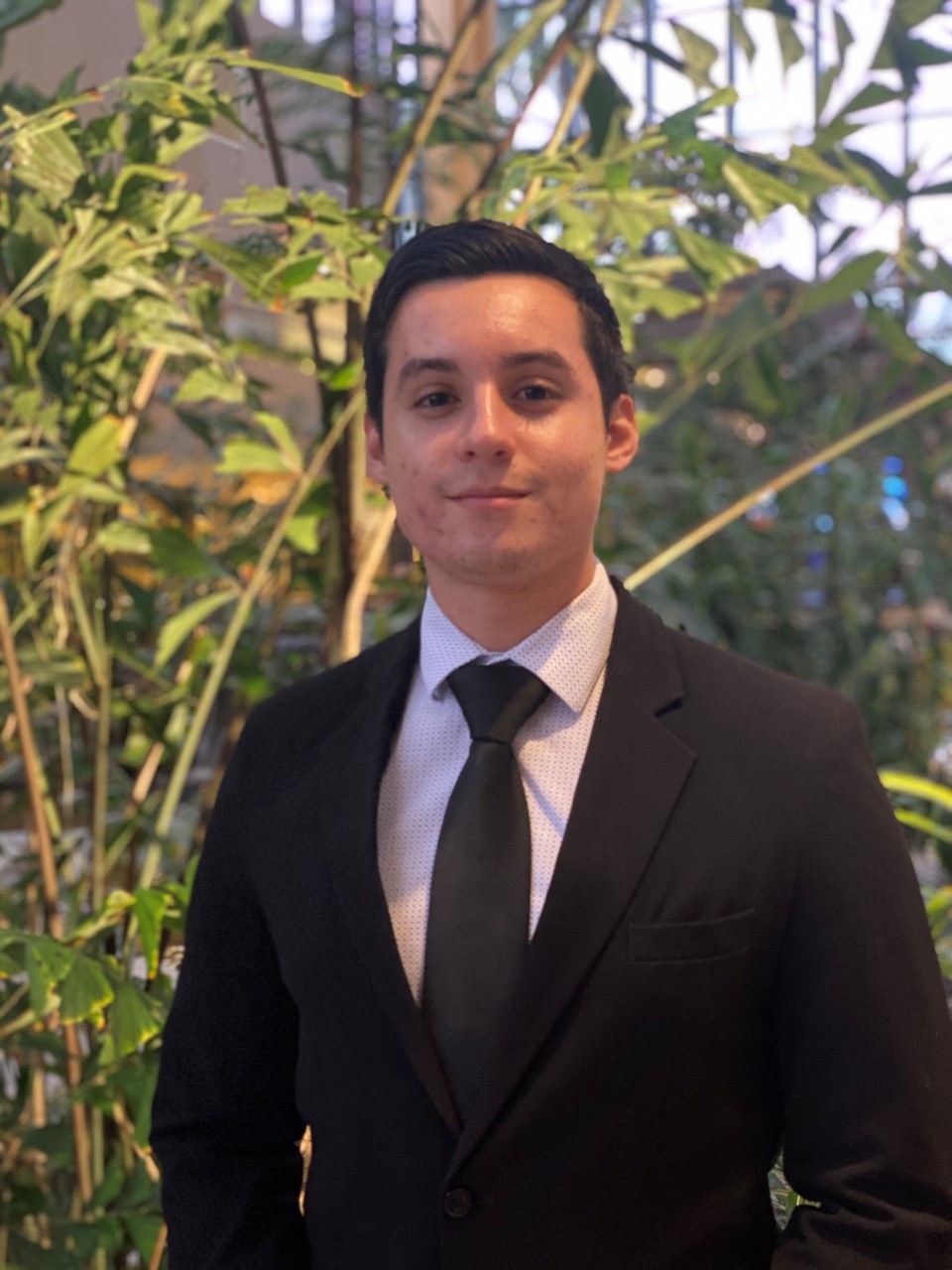 The highly competitive scholarship, which this year drew 1,500 applicants from 311 community colleges, provides students with up to $40,000 a year to complete the upper division coursework for their bachelor’s degrees.

PBSC leaders surprised Franco with the news during a virtual meeting on Zoom. “I was shocked. It’s a blessing to have received that notification,” said Franco, who will complete his Associate in Arts degree in May. “It’s an opportunity of a lifetime, and I’m so grateful.”

Franco plans to transfer to Embry-Riddle Aeronautical University this fall to pursue his bachelor’s degree in aerospace engineering with a focus on rocket propulsion and fulfill his lifelong dream of working on rockets and airplanes. As a child, he became fascinated with airplanes, particularly with how low-lying aircraft “made the buildings shake. “It fascinated me. I had to figure out why this happens. Curiosity just took over,’’ he said.

After excelling in a pre-engineering program in middle school, he was accepted into the Boynton Aerospace Science Academy, a choice program at Boynton Beach Community High School that is supported by Embry-Riddle. By the time he graduated high school, he had earned his license to fly commercial drones and had taken and passed the written test portion for the private pilot license.

He enrolled at PBSC in fall 2018 with a full-ride Presidential Honors College Scholarship and joined the Dr. Floyd F. Koch Honors College, where he has continued to flourish. He will receive the Honors Gold diploma, the most rigorous track in the Honors College.

While maintaining a 3.91 grade point average, he also has been active on campus. He is president of the Student Government Association on the Lake Worth campus, president of the Dr. Floyd F. Koch Honors Student Advisory Council and vice president of finance for Phi Theta Kappa among other activities. He was named to the 2020 All-Florida Academic Team, which is composed of students who were nominated by their respective colleges to the All-USA Academic Team competition sponsored by Phi Theta Kappa. He also was named a Coca-Cola Academic Team Gold Scholar.

He credits his parents for his latest achievement, but also praised his professors and advisors who have encouraged him on his educational journey.

“This scholarship is the result of the sacrifice that my parents took 14 years ago to come to the United States with nothing,’’ said Franco, a native of Colombia and the oldest of three children. “This was their moment.”

“I am ecstatic for Ivan,’’ said Marcella Montesinos, PBSC Honors College manager. “The Jack Kent Cooke Foundation has given him an opportunity to have no financial burden for himself and for his family. I have enjoyed getting to know Ivan and seeing him grow both in serving the community and in the Honors College.”

In addition to financial support, new Cooke Transfer Scholars will receive comprehensive educational advising from the foundation to guide them through the process of transitioning to a four-year university and preparing for their careers. They will opportunities for internships, study abroad, and graduate school funding, as well as connection to a thriving network of over 2,700 fellow Cooke Scholars and alumni.

In the rigorous selection process for the 50 recipients who are from 17 states, the foundation evaluated each submission based on students’ academic ability and achievement, financial need, persistence, leadership, and service to others. The recipients selected represent 17 different states and plan to enroll at the nation’s most selective colleges. For more information, visit www.jkcf.org.

A video of College leaders surprising him with the news is on YouTube.