PALM BEACH KENNEL CLUB CLOSES OUT ITS STAKE RACING SEASON WITH OUR BIGGEST IN-HOUSE CHAMPIONSHIP RACE IN OUR HISTORY! 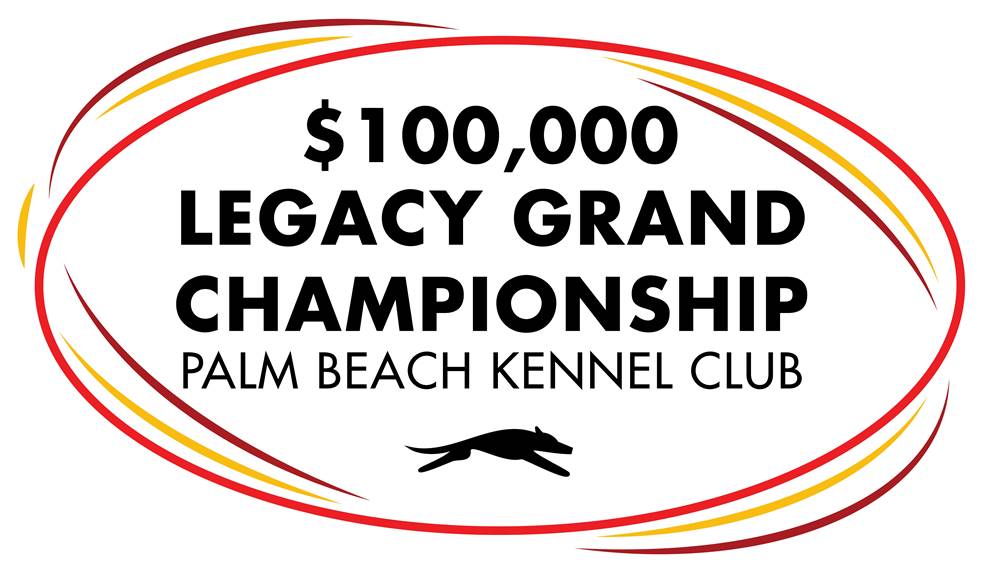 An overwhelming field of 64 Greyhounds will go to post Wednesday afternoon in eight qualifying events to be run on the 545-yard Royal Palm Course.

Following round three, the field will be halved to 32 with those entries competing in rounds four and five on Saturday afternoon, November 28 and December 2, respectively.

Following round five, the field will be halved again to the sweet 16, with the semifinals being contested on Saturday afternoon, December 5.

The eight semifinalists who did not make the final will compete in the Andrew Holmes Memorial Award Feature.

Earned points will carryover throughout the entire stake series.

Race 2: The likely post-time favorite will be the well-rested Rader Racing Kennel entry, #2 KBR Ariel (Super Lee – HS Turbine). As with most races of this caliber, there will be some possible threats. In this event, it appears to be competition from some of the early speed/strong rushers such as #1 Mister Red Rader (Flying Titanium – Rip N Runnin, B & B Racing) and on the impressive #6 Oshkosh Thriller (Oshkosh Lamont – Oshkosh Amber, James Douglas).

Race 6: There are many scenarios that could play out in this qualifier, but as far as handicapping goes, the two favorites appear to be the well-positioned #1 Flying Austrian (Barcelona Boss – Flying Bosnian, Rader Racing) and the ever-improving #6 CBJ Shocker (Kiowa Mon Manny – CBJ Waterford, Arthur Agganis).

Race 14: It will be no mystery that the bettor’s choice for this Legacy qualifier will be the well-positioned #1 Mineral Spirits (Who says I Can’t – Good Luck Ruby, D. Q. Williams). A challenge may come from Rader Racing Kennel’s #3 Opal Long (Pat C Clement – Winta Garoppolo) who defeated Spirits with her early speed in their last race together.

Race 15: The Greyhound to beat in the days final Legacy qualifying event is our recently crowned winner of the $50,000 Arthur J. Rooney, Sr. St. Patrick’s Invitational, #5 Bug Brush (SH Avatar – Flying Lipstick, Lester Raines). The only competition Bug Brush will have to the first turn is D. Q. Williams Kennel’s #2 Open Throttle (Need My Moneynow – MW’s Morrigan). Bug Brush has to come from off the pace to defeat Open Throttle in their last two encounters.

Post time for the first race Wednesday afternoon is 1:00pm.